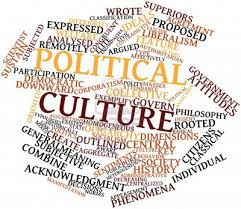 Muslims and Islam are in the news everyday. Most of the commentary is thoughtless and fear driven. Two works that have actually helped me to understand the complexity of the conflict raging between the fundamentalists (Islamic) and the fundamentalists (Christian) are presented here for your consideration. First a link to my review of Heretic, a book that argues for reformation of Islam, and more interestingly, that such a reformation is possible.

And second, an important article by Zena Ryder, a PhD student in philosophy. Her article, “Secular Values can be Islamic Values” was published in the Humanist Perspectives magazine, Issue 193, Summer 2015, and is published here with the kind permission of the editor and the author.

If you are not a subscriber you may want to go here to purchase the issue, “Speaking of Humanism” or to subscribe.

“Secular Values can be Islamic Values” by Zena Ryder

I had a profound experience last night. You know that feeling when you skip the small talk and you feel a deep connection with another human being, as a human being? That’s what happened. But it was between what is perhaps an unlikely pair: on the one hand, myself, an outspoken atheist and, on the other hand, a teacher of Islam, whom I will call Hassan.

Click on this link to read the article: ZenaRyder

Comments are most welcome!

While I agree its good to have facts back up our beliefs there are some that cannot be proven no matter how much research I do.  It is part of my experience to be perceptive, to sense what is happening around me, and after many years of dismissing many of these perceptions because of a lack of proof, I believe they have some element of value.

For example I cannot prove that Jesus, who, according to scriptures, was nailed to a cross – died for our sins, not to save us from our sins as the Christian doctrine says.  Certainly these doctrines have been studied by scholars and priests for many centuries, and  I would never doubt their intelligence, but there is a theme in these teachings that reaches me in a very deep and disturbing way.

The meaning of this story comes from my first impression as a child. It is a warning of what happens to those who challenge authority. The imagery is so powerful it hardly needs thinking about.  The son of man (and woman) nailed to a cross, naked, and left to die a long and excruciating death, for advocating a spiritual life – what child would not get that message deep under their soft skin?

After two thousand years of evolving doctrines, the most fanatic adherents have been willing to mutilate, torture, burn and murder for their Christ without feeling any apparent conflict to their saviour’s message in life – although I have no way of knowing the conscience of crusaders.

What is that sin we are guilty of that allowed him to be crucified? Is it the original sin – being born of woman, of sexual desire, of being imperfect? Or is it that we (mortals) failed to climb on the cross, remove the nails and set the Christ free?

This question is, of course, naïve, and all the arguments, interpretations, are irrelevant no matter how eloquent or learned they may be – except the meaning that impacts the followers.

Some dismiss religion entirely.  After all history reveals our vainglory.  The teachings of Christianity have been selected and altered to fit the politics of the day.  First it was used to make the people suspicious of their own intellects and judgement, and to fear their own desires and needs.  Then it taught misogyny, a hatred of feminine wisdom. It  forced men to doubt their own feelings and fears, to become soldiers and cannon fodder. Then it taught followers to hate those who did not share their religion and race. Instead of teaching the love of Christ it taught religious intolerance.  It taught that suffering was good for you and at the same time, taught that those who suffered ill-health, poverty, injustice – must have angered god and so their suffering came with shame and guilt.

Now that a new tool of propaganda has been invented, religion is not essential.   Now voice-overs, images, TV shows, movies, consumerism, and the internet, can broadcast the doctrines that keep us serving – what exactly? Ideology? Technology? The corporate elite? Racial supremacy? Patriarchy?

Are all these things evil or are they different versions of the same thing? Should we get rid of them all and return to community and nature?  Would we then be free of oppression?

I don’t know.  All their messages point to some truths, but they don’t willingly tell the whole truth.  Religion has also given us Mahatma Gandhi, Albert Schweitzer, Dietrich Bonhoeffer, Martin Buber, Martin Luther King Jr., Karen Armstrong, the Dalai Lama and many others who have inspired great movements.

Although I can’t prove it I believe ideology is a way of ordering life without understanding it.  It’s an operating system, under different names, we willingly give in to,   in the hopes we’ll rise to a position of power that will enable us to feel  superior.  We submit to doctrines, game plans, education, clubs – believing we can reach the top, change the rules, or change the system.

So the story of Jesus, like the story of the witch hunts, the French revolution, war, capitalism, communism, and The Wizard of Oz – to me, are all about the worship of power over the use of responsible democratic power that comes from within. Their cautionary tales reveal our inability to transcend the operating systems that punish those who seek alternatives to structural violence.  Those who affirm life through love instead of hate.  Those who work for the greater good of all. I can’t prove it but I keep seeing it this way.