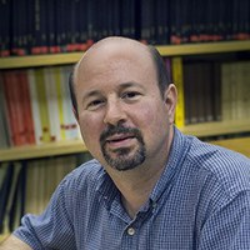 The AAAS Award for Public Engagement with Science, established in 1987, recognizes scientists and engineers who make outstanding contributions to the “popularization of science.” The award conveys a monetary prize of $5,000, a commemorative plaque, and complimentary registration and travel to the AAAS Annual Meeting.

According to a recent AAAS news article “the honor recognizes Mann’s ‘tireless efforts to communicate the science of climate change to the media, public and policymakers.’

In the past year, Mann has had 500 media interviews and appearances and directly reached public audiences via social media. His op-eds and commentaries have been published in dozens of outlets, including The Washington Post, The Guardian, Le Monde, CNN and The New York Times. He has also advised actor Leonardo DiCaprio, who spoke about climate change during a 2014 speech delivered to the United Nations.

Mann was nominated by Susan Hassol, director of Climate Communication, a nonprofit science and outreach project. In her nomination letter, Hassol wrote that in one year, ‘Mann has done more to engage with the public on science than most active scientist-communicators do in an entire career.’”