Should the truly stable/enlightened person be happy no matter where she lives?

If so, I might be unstable. But I already knew that.

After years of going back and forth between different metropoli and Nanaimo (the latest iteration being from Vancouver to the Japanese countryside) and going slowly insane during each round of city life, I’m thinking it’s not me that’s the problem; there’s something fundamentally soulsucking about The City that is just not conducive to keeping the inner peace – or outer, for that matter.

Over half the world’s population now live in cities and in this rate it’s projected to be 66% by 2050. That’s 4 billion people living in a total area about the side of Australia, building up instead of out, spending more money for a more questionable quality of life. And for what? That this is what the human race seems to want is beyond me. It can’t be because we like each other so much we just can’t stand to be so far apart.

Why they came to be in the first place is understandable. Cities used to be necessary back in the day as communication hubs. But now that we have the internet to supply for our material, information, and communication needs, cramming ourselves together like this serves little practical purpose and is actual counterproductive to the serious problems of the day – climate change, pollution, depression, non-accountability – all aggravated by big cities and their shit-consuming, waste-excreting ways.

And then the people. I’m sure there are perfectly lovely people who move to cities for perfectly legitimate reasons, but cities tend to attract a certain type. You will find a higher proportion of opportunists, narcissists, egotists, workaholics, luxury-livers, superficial tourists, people who can’t entertain themselves, people who think the bigger the institution they work or learn at the higher their credibility, and the impressionable people who buy into the myth that the city is where dreams come true. Cities are hubs for consumers and those who pander to them.

Feeling part of something bigger than ourselves is an important component to what gives our live meaning. Living in a big city is one way to feel this without really trying. But when that bigger thing is contributing to the demise of civilization, the individual is less likely to take responsibility for their part in it. Not like they do in a community where people feel more a sense of pride and ownership, and from that feel as if it is a living thing that they are a cell of, that they affect and vice versa.  Sure, cities have communities within them, but it’s not the same. The City itself does not have unity.

It’s not a population problem we have here – it’s a distribution problem. Instead of trying to force cities to be sustainable so they can grow bigger yet,  we should divide and disperse into more manageable smaller cities and towns where residents can have solitude when they want and not feel alone in a crowd, where they can breath fresh air and see the stars, and where there’s less competition to do what they love. But it’ll probably take several implosions of civilization to get the hint. ‘Til then:

Nanaimo, Nanaimo, it’s you that I love
Water out front and The Vault at your hub,
Mt. Ben’s got your back, and folks give a dam,
You’re famous in textbooks for a poor city plan
The mainland’s so square next to your crooked charm,
But back on the grid, The Free Wheel rolls on 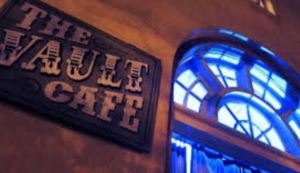