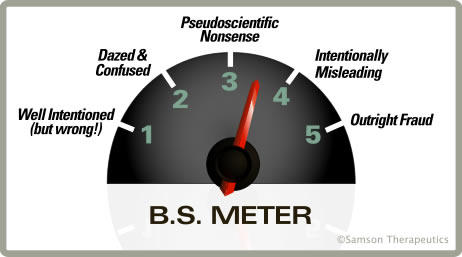 You will probably recall that I have often jokingly referred to my work in the philosophy classroom as that of implanting a BS detector in the head of each student. Today’s post is written by a recent graduate of the VIU philosophy department. I never met her since I was retired by the time of the “Silver Age” of the department. Her VIU philosophy prof describes her: “Jess was part of the first group of majors to go through the VIU philosophy program. She was a regular at our extracurricular events, and took several courses with me. She’s a great person and a wonderful artist, as well as a very skilled teacher.”

She says this about herself:

I was very lucky to have had my bullshit detector honed at VIU under the tutelage of Justin Kalef, whose commitment was so appreciated by the small cohort that was actually the very first group of philosophy majors. Since my unceremonious graduation, which aligned with the great strike of 2011, I’ve spent each year doing a different thing in a different place until something sticks. Given the apparent nature of my being, I truly feel philosophy has saved me from the madness of meaninglessness and fear of the unknown. So hooray for that. Since free will is an illusion, I have no “plans” – just desires. The only constant in my life is publishing an annual magazine called “The Free Wheel”. I’m five years past a major in philosophy and to my mother’s non-surprise, I’m having trouble securing a job. This is not for lack of trying, or lack of jobs, or even lack of getting a job. I’ve gotten every job I’ve interviewed for post-grad. I’ve also quit all of these jobs, because if there’s one thing philosophy has taught me, it’s not to stand for bullshit. And there is a lot of bullshit in the workplace.

Back to my mom. She is a BSC, one-track career kind of woman and expresses concern over me and my life choices on a regular basis. And by “life” she means work, because in her world they are one and the same. Theoretically, my philosophy background should come in handy for keeping cool in times like these, but this has proven practically impossible; the state of our relationship over this conflict of values is probably my biggest failing as a so-called philosopher.

According to her, some degree of bullshit will always exist no matter where you work, and the mature thing to do is put up with it for the sake of job security. According to me, workplace bullshit does not have to exist. At all. Or, at the very least, you don’t have to put up with it. To the degree that workplaces can be dysfunctional, they have the potential to be functional, even joyful, no matter what the work is. It takes one person in a toxic workplace where no one feels safe to speak up to confront what’s wrong to blow the whole thing open. Chaos before order.

To put up with bullshit for a paycheque is little different than selling your soul. To quote my favourite bullshit-intolerator, Nietzsche, “No price is too high to pay for the privilege of owning yourself.” Even though finding stable work in a functional workplace has been my life’s greatest struggle so far (hand-in-hand with gaining the respect of my mother) and my account balance reflects this, I’m proud of my choices. I really believe toxic workplaces are the root of more evil than we can easily trace, and bad leaders need to be shot down as immediately and kindly as possible, and if not, good people should not be doing their bidding.

So many people still don’t get this, but Philosophy is not a useless navel-gazing pursuit concerned with existential questions non-applicable to real life. That’s only part of it. Philosophy is a method of living the good life and is about acquiring the thinking skills necessary to identify, clarify, and navigate through the bullshit to do so. It’s about leaving logical and emotional biases at the door to do the right thing for yourself and the environment in which you live, and that includes work.

Organizations often preach their “philosophy” without knowing the meaning of the word; what they mean is “doctrine”. Without a culture that is actively engaged in testing assumptions, questioning authority, and, in which all employees are able to communicate clearly without fear, it may as well be a cult. That’s why there needs to be more philosophers in the workplace, or at least more philosophizing. If managers of a workplace had a background or correct understanding/appreciation of philosophy I can’t really imagine workplace toxicity even existing, as it’s part of the practice of philosophy to nip such nonsense in the bud.

Studying philosophy is the unconventional life choice I least regret, especially as applied to the workforce. It’s surprisingly employable, transferable, and it’s given me the sense to know when a job is not working for me as well as the confidence and skills to be able to quit with dignity. Not falling into the work-to-live trap is something we have to make sure to avoid before it’s too late to even know it’s a trap, and philosophy will give the necessary skills that, if practiced, will last a lifetime.

And now, Jess and I invite you all to contribute to the discussion!

15 thoughts on “On BS Detectors”